U.S. Rt. 30 has a 93% travel reliability at top-posted speeds, the highest in the state.

Ohio is home to an affordable workforce and tangible costs with low taxes. 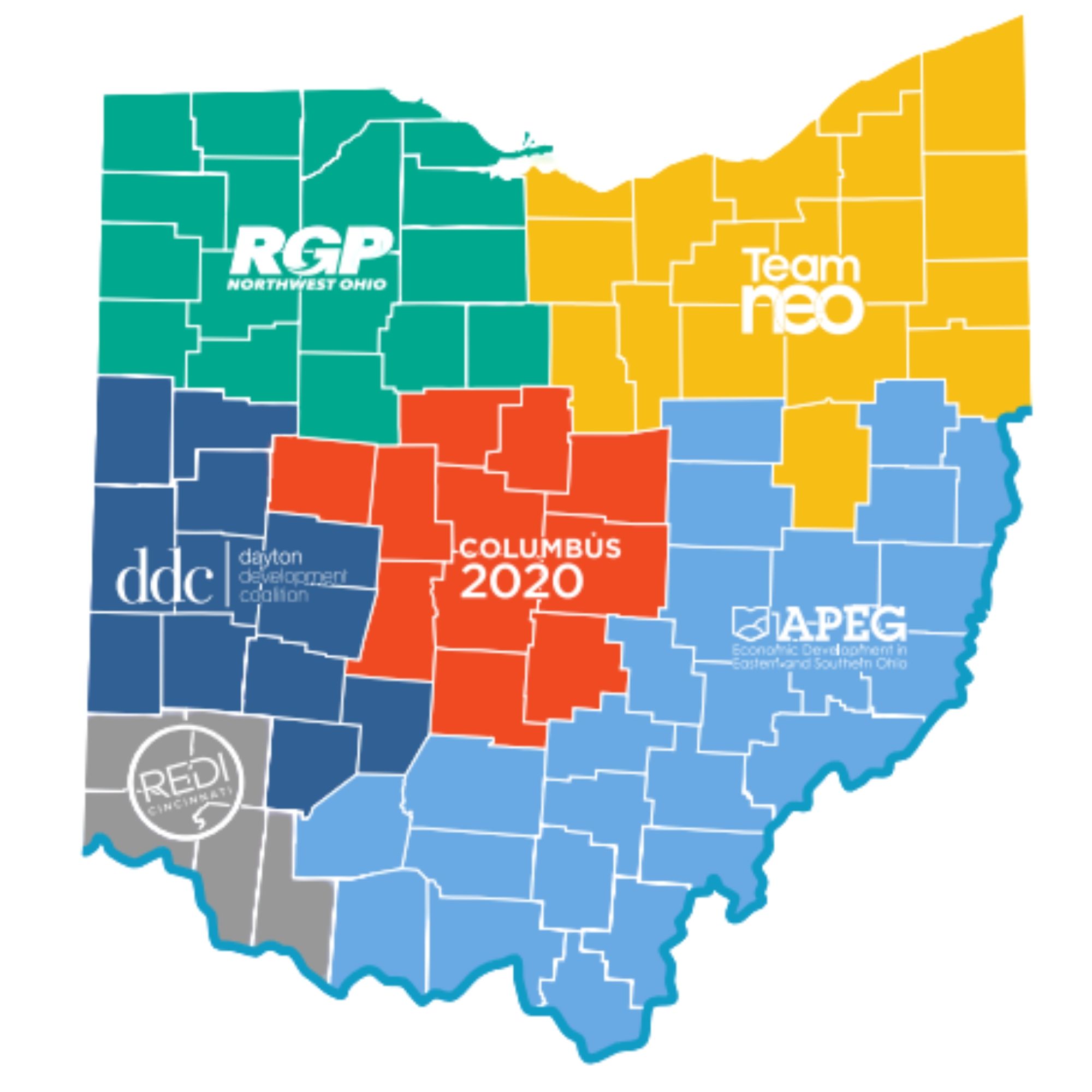 The Crawford Partnership is proud to partner with the following regional and state organizations for economic development:

Making an Impact in Crawford County

The Crawford Partnership employs a comprehensive countywide approach to achieve its priorities and to enhance the livelihood of Crawford County through strategic, action-oriented economic development.

With direct access to U.S. Rt. 30 and many state routes, Crawford County is conveniently located and uniquely positioned for economic success now and for years to come. The Crawford Partnership takes a multi-faceted approach to promote economic growth by building strong relationships with public and private-sector leaders, leveraging and connecting resources, problem-solving, and recognizing the importance of community development to bolster the quality of life for Crawford County’s workforce.

Our economic development priorities are: 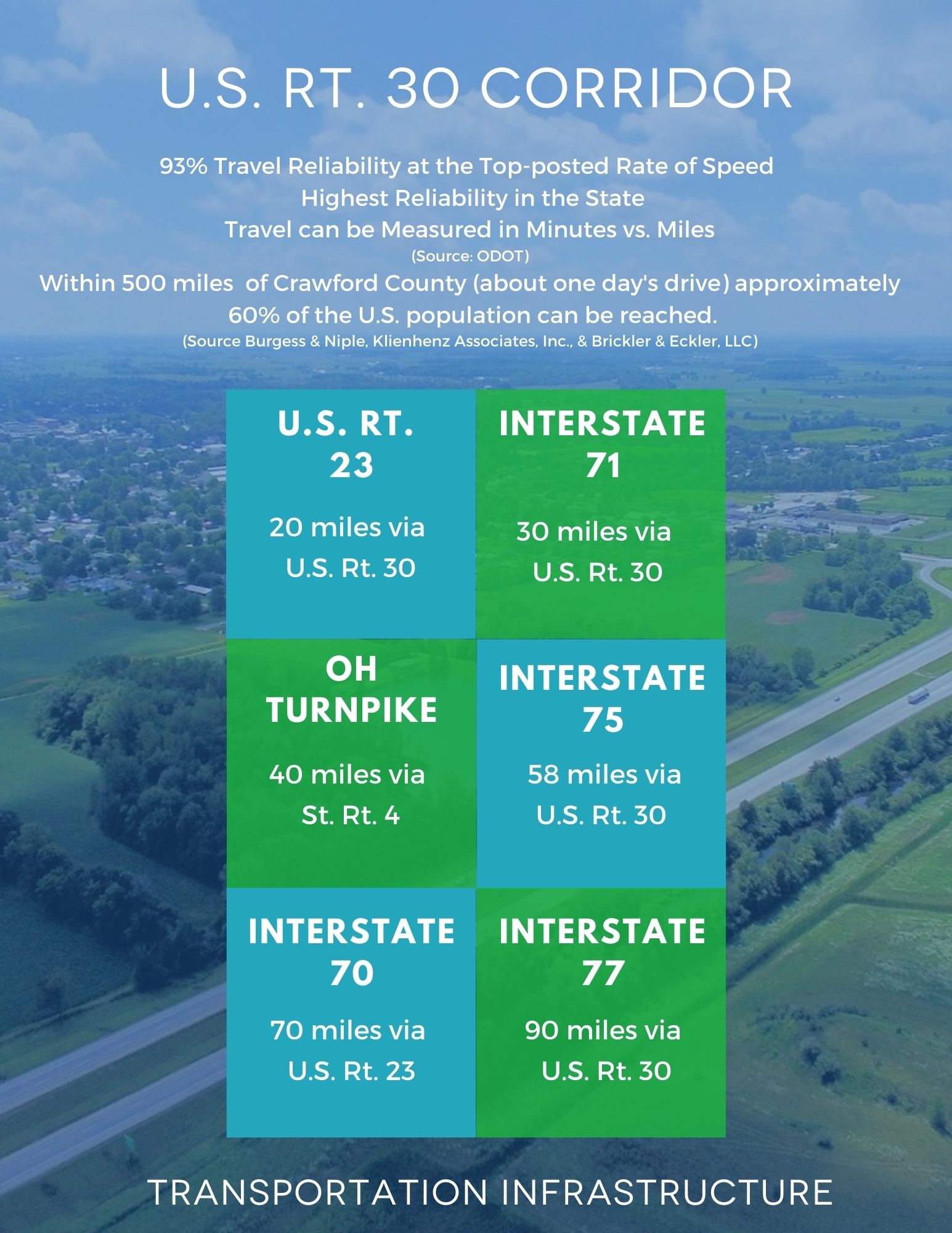 U.S. Rt. 30 is an east-west four-laned limited access freeway connecting to several major highways and interstates.  U.S. Rt. 30 has a 93% travel reliability, per the Ohio Department of Transportation, which is the highest in the state. Due to reliability travel can be measured in minutes versus miles.

Crawford County is part of a region that is within 500 miles of major population centers or 60% of the U.S. population.  This positions our county to be a day’s drive to much of the United States and a variety of markets.

There are also five major airports within a two-hour drive.

With direct access to U.S. Rt. 30 and many state routes, Crawford County is conveniently located and uniquely positioned for economic success now and for years to come.

Educational Resources in Our Region

The wage differential is below the national average, and may create an advantage to operations along the U.S. Rt. 30 Corridor.  There is a displaced labor pool that represents a workforce that could be retrained. Ohio is known for its productive and competitive workforce, low cost of living, low taxes, and attractive energy costs.  These factors contribute to Crawford County being an affordable place to do business.

The county is known for its productive topsoil and flat land.  Crawford County is home to an abundance of land and water (Sandusky and Olentangy Rivers).  In addition, there is accessibility to natural gas (Marcellus and Utica Shale) via the Rover Pipeline.

Owned by the Crawford County Development Board, this 44+ acre site is competitively priced at $10,000 per acre. In addition to being certified by SiteOhio as shovel-ready for new development, 22 acres of this site is also certified by Austin Consulting for Food and Beverage manufacturing.

The property is located within Bucyrus City limits, is visible from, and less than a one-mile drive from US Highway 30. The site’s ample utilities and excess water and sewer capacities– 2.3 MGD and 1.4 MGD respectively–make it especially prime for new development, and particularly in the food and beverage sector. In addition, our business climate and logistics are a true asset– this site is within an 8-hour drive of 65% of US businesses.

The SiteOhio authentication process identifies sites in Ohio ready for development on day one. All sites are construction ready with utilities to the park boundaries including water, sewer, electricity, natural gas and fiber. Each site undergoes a usability audit to ensure the site is intuitively positioned for optimal access, allowing businesses to hit the ground running and get to market faster. 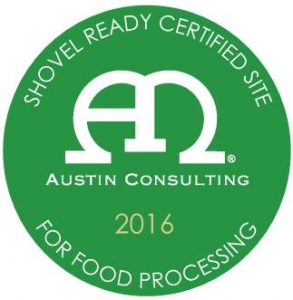 The Crossroads Industrial Center was awarded the 2016 Austin-AEP Shovel-Ready Site Designation for the Food and Beverage Sector for its site preparation and due diligence effort. Crawford County is one of only five sites with this certification, which signifies that the site meets or exceeds the requirements for food processing, including transportation, infrastructure, and utility requirements.

Ohio has been recognized as one of the Top 5 business climates in the nation and is 2nd in the nation in both total number of new corporate facility projects and most qualifying projects per capita.

Information provided by our partners at RGP Northwest Ohio & JobsOhio.

The Crawford Partnership serves as your dedicated resource to identify and connect you with local incentives through relationships with local government and leaders. Through strategic partnerships, we are committed to building effective solutions for your business and your industry. A number of local incentives are available, including:

The Municipal Income Tax Credit can serve as an effective tool to assist businesses looking to invest in Crawford County. It may grant refundable or nonrefundable credit against tax on income to a taxpayer to foster job creation in the City. It shall be measured as a percentage of the new income tax revenue the City derives from new employees of the taxpayer.

Community Reinvestment Areas are areas of land in which property owners can receive tax incentives for investing in real property improvements. The Crawford Partnership will work on your behalf with local government to determine the appropriate abatement value and time period.

The Work Opportunity Tax Credit program provides federal tax credits to Ohio employers that hire individuals from one of several target groups. Credits range from $1,200 to $9,600, based on the target group and the number of hours worked. This is localized by a target group for designated community residents, which can provide up to $2,400 per employee.

Find out more about Opportunity Zones in Ohio here.

Contact the Partnership via email at partnership@crawfordpartnership.org or call 419-563-1809.

Our work would not be possible without the support of these generous investors who have a shared vision for the success of Crawford County.

A Vision for Crawford County

Together, we can continue to enhance the livelihood of Crawford County for the individuals, families, and businesses that call our community home.